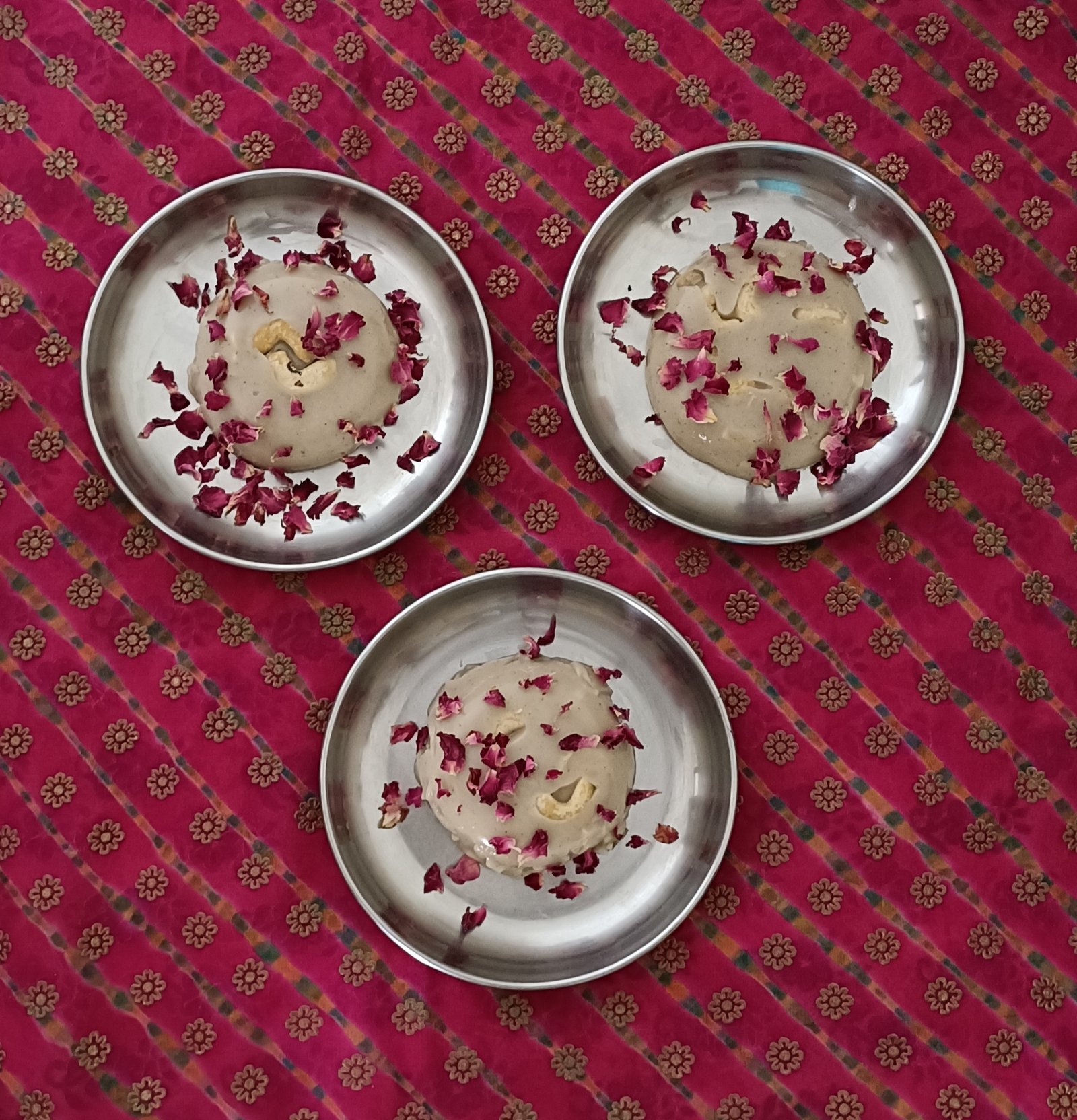 Millets are hardy small-seeded annual grasses that are cultivated as grain crops and grow in adverse weather conditions. They also require much less water and care as compared to grains like wheat or rice. Ragi, like most other millets, is usually soaked overnight or for at least 12 hours to ‘activate’ the fibre in it. It is then dried in the sun for a few hours before being roasted and powdered to be ready for use. Traditionally, we Indians harvested rain fed nachni, sprouted it to get the nutrients to an optimal level, dried it and then ground it to a fine powder. This powder was sieved to get the nachni ‘satva’, cooked in water, sweetened, and used to wean babies off mother’s milk. Ragi/Nachni is rich in niacin (vitamin B3), and especially minerals like calcium and iron because of which it has traditionally been used to feed infants and babies and to keep anaemia at bay in children. Sprouted ragi is also rich in vitamin C that helps absorb iron better. Ragi/Nachni (finger millet) is rich in complex carbohydrates which may help in preventing blood glucose levels from spiking after a meal as they take longer to digest thus releasing energy slowly and keeping one satiated for a longer time. The dietary fibre may help to control the ‘bad’ cholesterol and raise ‘good’ cholesterol levels and lower triglycerides. The soluble fibre in ragi absorbs cholesterol before it enters the bloodstream whereas the insoluble fibre acts like a prebiotic supporting the good bacteria in the gut.

This is a delicious traditional recipe that everyone loves. It’s made out of just four easily available ingredients, and once you get the hang of it, you will love to serve it as a dessert at all your events whether for a small number of people or for many.

Serves 4 as part of a traditional Indian meal

Grind the coconut and cardamom with enough water to just about cover it in the blender jar. This will yield the first thick extract of coconut milk. Strain it in a thick bottomed steel pot or kadhai. This will be around 1 cup.

Grind the leftover coconut fibre once again with the rest of the water and strain it in a separate bowl. This will be around 1 cup.

Add the two kinds of jaggery to this second thin extract of coconut milk, mix it well and leave it for 10-15 minutes for the jaggery to become soft and dissolve while you make the nachni milk.

Rinse and drain the soaked ragi and then grind it with as little water as possible.

Strain the ragi milk into the thick first extract of coconut milk in the thick bottomed steel kadhai.

Grind the leftover ragi again with a little more water and strain the milk into the kadhai. Note: The ragi is usually ground twice but you can grind it once more if you think it wasn’t ground finely enough but do not use more than one cup or 240 ml water to grind the ragi for the two or three extracts together. The ragi milk from the two or three grindings should be around 1 cup.

Grease an 8-inch square pan or a round one of similar capacity (enough for 3 cups) with a teaspoon or less of cold pressed coconut oil and keep it aside ready to use. You can also use a steel chapati box to set the mixture like I have in the picture or some individual small bowls. Make sure the containers are greased with cold pressed coconut oil.

Strain the jaggery and thin coconut milk mixture into the mixture in the kadhai. This should be around 3 cups in all.

Add the nuts and salt and bring it to a boil on medium heat, stirring all the while to prevent lumps or from catching at the bottom. Once it starts bubbling, continue cooking and stirring it for another one and a half or two minutes till the mixture is pretty thick and shiny.

Pour the mixture into the greased mould or individual bowls and smoothen the surface with the back of a greased spoon to level it out if necessary. You can place some cashew nut or any other dry fruit at the base of the containers before pouring the mixture in the containers.

Cover with a plate and allow it to cool completely. You can refrigerate it for an hour or so if you wish.

Once it has cooled down to room temperature or cooler, run a knife along the edge of the mould very gently and move the pan in a manner to release the kapa from the sides. Then place a plate on top of the mould and turn it upside down and gently tap on the flat surface to loosen the kapa till it transfers to the plate.

Cut it in squares or diamonds and garnish with cashews and rose petals. Note: if you use more water than mentioned, the kapa may become a little softer or like a pudding or porridge and may not set well enough to be cut into pieces. It will still taste just as delicious though.

Serve it at room temperature or cold.

For the Whole-Food Plant-Based (WFPB) version:

This cannot be made into a WFPB dish as it uses milks extracted from ragi and coconut. The fibres of both cannot be used in this dish.

However, you can use sprouted ragi flour instead of ragi milk to get it closer to the whole plant version.

Also, make it a little healthier by using unrefined salt like rock salt and date paste instead of jaggery.